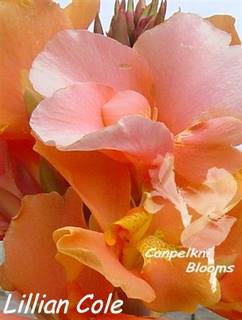 The beautiful colors of Lillian Cole,

some other cannas are L.G Cole and Margaret Cole.

Madame Cole is another cultivator of the Cole cannas which is also known as Philip in Australia. 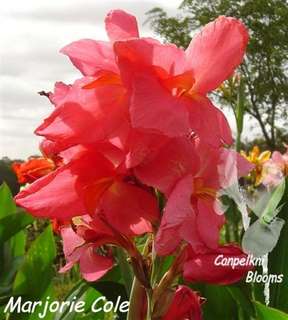 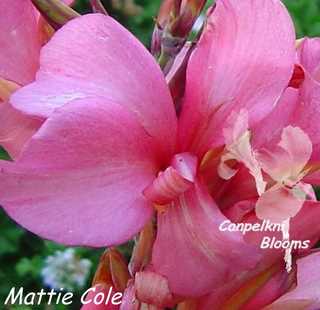 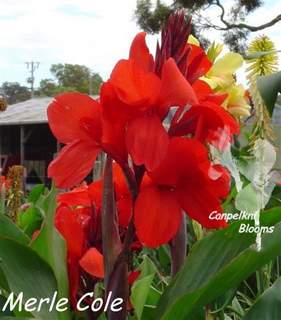 The all red Merle Cole. 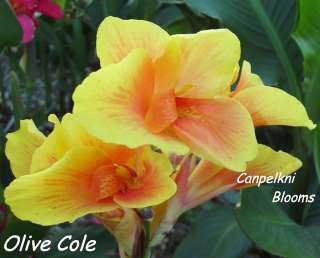 Olive Cole with vibrant and colorful orange and yellow. 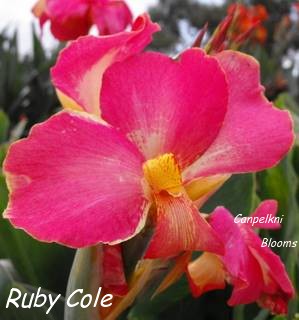 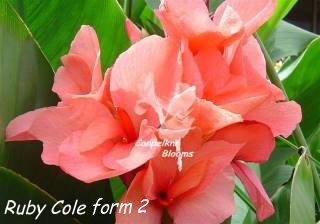 This is the another of the Cole canna plants that I grow. It can also be found growing and circulation throughout Australia under the name Ruby Cole, I keep it as form number 2.

This is one of the few Cole cannas that has had its name misplaced over the years. 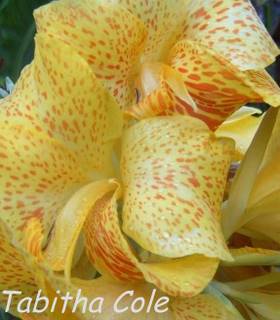 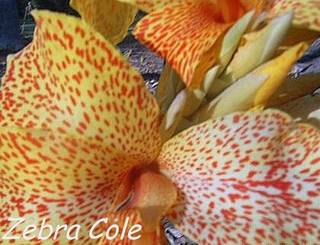 and what is believed and known as canna Zebra Cole.