Beautiful Prints of Canna Flowers for sale featuring heirloom cannas from around the world that have been enhanced and restored by me. I have sourced these over years of collecting original old vintage Seed and Garden catalogues and some individual pages from lithographs, chromos, and plate prints etc. 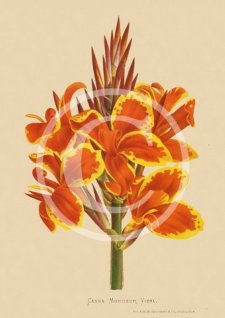 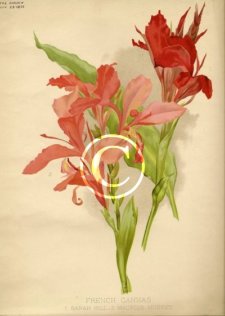 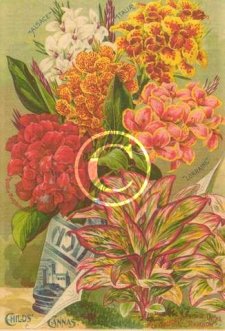 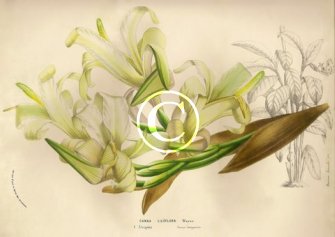 This is a beautiful and rare image of species canna Liliiflora from a hand finished litho from the 1860s. 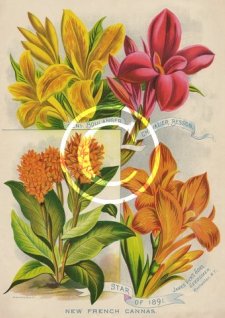 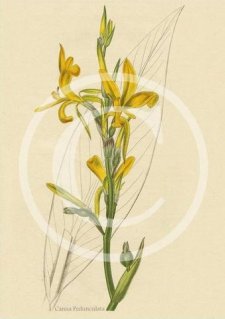 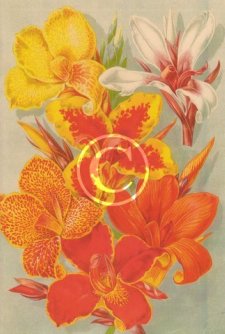 From the 1890s Mixed Cannas, these plants have no name, but gee some of them look familiar to what is still available and grown in gardens today. 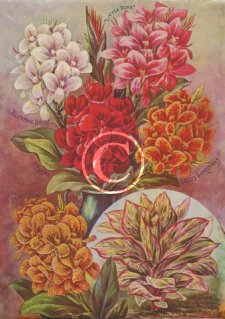 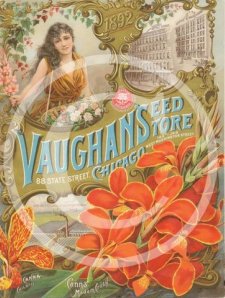 This is the first original Canna memorabilia I ever bought, It cost me just over $70, It is the one I admire the most for its magnificent and compelling blended colors and that old unique world charm that it shows, so glad to have it. From 1892 with Vaughan's Seed Store Chicago featuring the cannas Childsii and Madam Crozy, Greenhouses at Western Springs, Retail Store for Vaughan Seeds and Office & Warehouse. 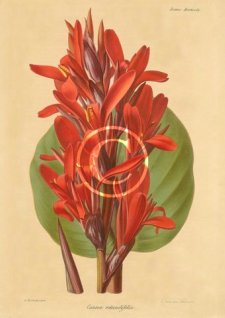 The chromolithograph illustration for Revue Horticole I have is dated 1869 on the back, it features Canna Rotundifolia. 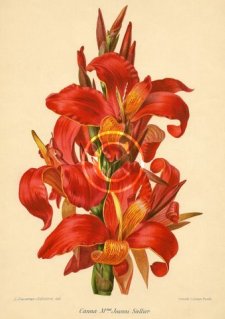 Featuring Canna Mme Joanni Sallier a chromolith for Revue Horticole, my original is dated 1892 on the back. 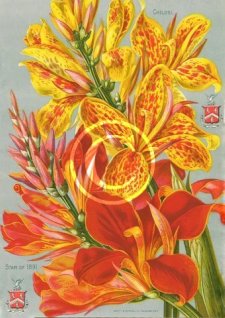 Featuring Star of 1891 (The Everblooming Canna) and Childsi (The Tiger Cannas. 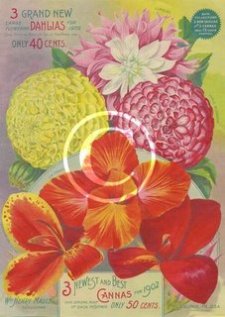 Nice print featuring Maules three newest and best cannas for 1902, American Banner, La France and Black Prince, one strong root of each for sale, postpaid at only 50 cents. Also features three new large flowering dahlias. My original on the back features an offer for the Superior 8 Champion Roses. 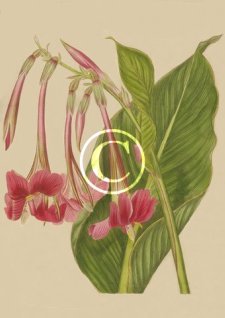 This plate illustration features the species Canna Iridiflora by S. Curtis for Curtis's Botanical Magazine published in the year 1818. 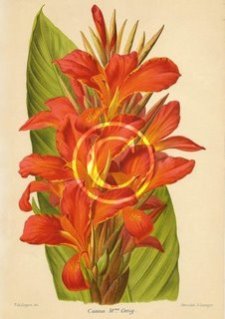 This is a chromo of Mme Crozy published by the French Revue Horticole 1889.

Prints of Canna Flowers back to Cannas Australia